She received a Master in Physics in 1985 and Post Diploma in Radiological Physics 1986 from Université Paul Sabatier (UPS) at Toulouse, France . After her PhD in Biomechanics in 1989 at UPS she moved to Texas Scottish Rite Hospital for Crippled Children as a postdoctoral fellow until 1992.

She returned to France at the INSERM (National Institute of Health and Medical Research) U305 laboratory at Toulouse, with an INSERM researcher position until 1998.

She served as an expert at the National Council of Scientific Research (CNRS), 2002-2008. She was nominated at the Scientific Board at the Institute for Engineering and Systems Sciences (INSIS) of CNRS (2010-2014). She has been nominated then elected at the CNU 60 (National University Council of Mechanics) (2014-present). She serves as Vice President of Board of Directors of UTC (2009-2011).
She is currently expert and committe evaluation in the National Agency of Education and Research Evaluation (AERES, HCERES) and in the National Agency of Research (ANR) and international funding agencies (NSERC, FNRS, FNS, BMBF...). 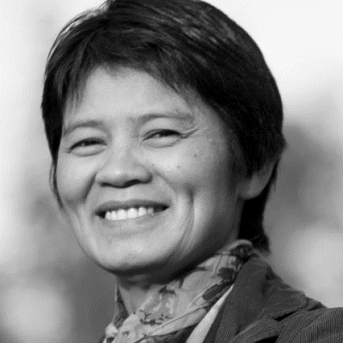